Chapter 3- provides background on the introduction of the tulip bulb: 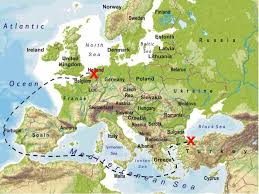 The following is a list of the various articles and their values for the purchase of a single root of the rare tulip called Viceroy: